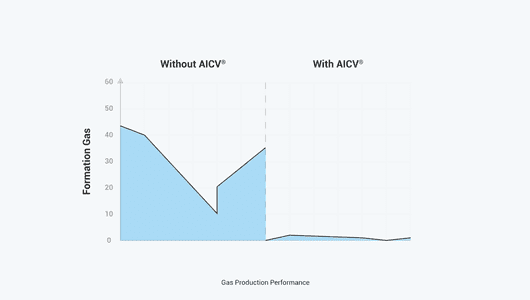 Over 80% reduction in gas production in more than 20 wells

A major oilfield in the Middle East with a gas cap is on production since the 1960’s.

Due to the presence of a fracture network across the reservoir, there was a challenge of early water and gas breakthrough which leads to lower oil production and poor influx distribution. There were no means to control the gas downhole, hence Operators had to shut in the wells at the surface due to extremely high GOR.

Autonomous Inflow Control Valve (AICV®) is the first autonomous inflow control technology that can shut off water and gas production autonomously and without any intervention. As a result, the operator decided to re-complete more than 20 horizontal wells with AICV® technology. Each well was designed based on its reservoir and subsurface attributes to determine the optimum configuration.