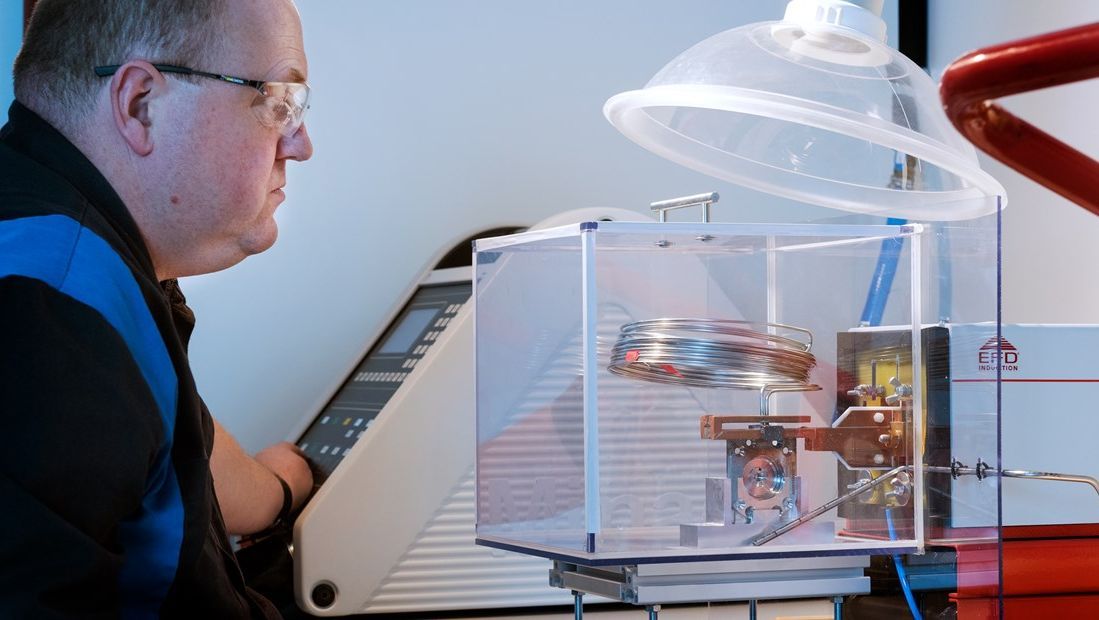 Our team of international experts hosts over 100 years of combined experience within research, development, modelling, installation, manufacturing, well completion, flow assurance, quality control evaluation, and management. The AICV® itself has 15 years of laboratory and real-world testing, resulting in a fully qualified and  ISO 9001:2015 certified  application for all horizontal well types.

Thus far, InflowControl's new generation of autonomous inflow control technology has been used in over a hundred well installations. And time and time again, the AICV® has demonstrated significant increases in oil production, significant reductions in gas-oil ratios or water cuts, and improved environmental performances.

We are proud to say that these successes can be largely attributed to our ongoing development programs. Each one sponsored, funded and verified with the Norwegian and European research councils. Read on to hear about some of these specific partnerships and projects, each fueling a future of better oil and gas production and recovery.

This project, starting in January 2013, is funded by Oslofjordfondet - the Research Council of Norway. Project partners are the Norwegian Research Institutes, Norner, and Tel-Tek. The total budget was 8 million NOK.

AICV's are mounted on oil well walls, where they will automatically open for oil but close for water and gas. The autonomous (self-regulating) valve will increase oil production and recovery, facilitate the drilling of longer horizontal wells, and reduce the need for the transport, decontamination and separation of unwanted fluids.

This program's main research goal is to find a combination of mechanical and flow technology design, material types, and materials that can withstand the harsh well conditions (such as particles, chemicals, high pressure and temperature) for all reservoir types.

This project helped develop our autonomous and reversible inflow control valve to increase oil production and reservoir recovery rate by stopping the production of unwanted water and gas locally in reservoirs (within FP7-SME research, to the benefit of SMEs R4S, grant no. 605701).

Revival's objective was to develop and verify a novel, self-regulating, reversible inflow control device (ICD) that would maximize oil production and reservoir recovery rate. This was accomplished by designing the valve to completely shut-off all unwanted fluid production for all types of reservoirs, such as high oil viscosities and thin oil columns.

More information on the Revival project can be found at http://revival-eu.com/.

Beginning in January of 2013, this project aimed to develop and verify the AICV ® and make it ready for field testing on the Norwegian Continental Shelf. The Norwegian Research Council financed 1 of the 2 million USD needed.

To gain a fundamental understanding of the physical phenomena, conceptual models consisting of a 1-dimensional model and a CFD (computational fluid dynamics) were established and verified against experimental data.

2: Design the prototype and mechanical integrity:

A comprehensive liner solution was developed, designed, and constructed with packers and sand screens.

Prototype performance tested on real fluids (gas, water, oil) to study the physical phenomena and forces at play in detail. This was achieved experimentally and with CFD analysis.

Erosion is one of the biggest challenges in wells due to sand production. Erosion potential is modelled by CFD and tested experimentally. The materials in exposed well-sections get evaluated.

The AICV® needs to handle drilling and completion mud. Tests with mud are performed to verify that the design can withstand said conditions.

The project's full name is "increased reservoir recovery rates by extracting the oil using an innovative autonomous and reversible inflow control valve". This is a Eurostar project: a European program that supports SMEs performing R&D and stimulates international collaborative research and innovation projects. In this case, Advanced Chemical Etching and InflowControl were the project's joint partners. EXTRACT started in September of 2013 with a total budget of 4.4 million NOK.

EXTRACT's goal was to create an innovative, reversible, Autonomous Inflow Control Valve (AICV®) to selectively block unwanted water and gas phases and improve oil reservoir recovery rates by up to 25%. The project was designed to optimize AICV® performance for a range of oil viscosities, densities, and flow rates.

AICV's for the Safe Storage of CO2

One major problem with CO2 injection in oil reservoirs is the breakthrough of the CO2 into the production well. This CLIMIT project (#229342) aimed to verify that the problem could be solved using Autonomous Inflow Control Valve (AICV®) technology. The project budget was 1.8 million NOK.

The AICV® has the capability to distinguish between fluids based on their properties, such as viscosity and density. The AICV® can thus be used to block CO2 when a well breakthrough occurs.

When the valve closes, and the local drawdown reduces, the CO2 stays in the reservoir. One can also apply the same AICV® technology in pressure-relieving wells within aquifers, where CO2 is stored, allowing the reservoir to be utilized more efficiently.

Ultimately, AICV® technology helps solve the problem of CO2 breakthrough. Sweep efficiency increases, and CO2 is securely stored, but the valve will always be reversible and reopen when oil is detected in the surrounding fluid.

Further information can be found at: https://climit.no/project/autonome-ventiler-for-sikker-lagring-av-co2/